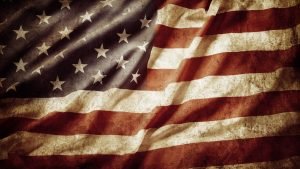 current highly-charged, divisive culture, far too many Americans live with a guilt complex. There is an element of our society that has led us to believe we’re SHAMEFUL and GUILTY…that America is wired by oppression, theft, greed and arrogance. They charge us with crimes against humanity.

America, we need to plead NOT GUILTY.

Since the 1960s, certain groups have resorted to violence, fear, falsehoods, divisiveness and hate to “remake” America. They have effectively “cancelled” religion, Christianity, U.S. history, science, age, biology, dissenting voices, European ancestry and anything else that contradicts their political agenda and social narrative.

A year ago, at this time, we witnessed anarchy in our land. Violent mobs tore down statues of American icons, torched our cities and vandalized our stores in the name of “justice” and “equity.” These political dissidents also mocked our police, defied our laws and hurt other Americans simply because of a different skin color, political view or religious belief.

Some Americans would have us ALL believe that we lack awareness (“wokeness”) and equity, that we are greedy, arrogant, racist and narrow-minded. Some teach our children to believe their “whiteness” is somehow wrong and shameful. Some point to our distant history as reason to exact financial reparation. Some of our leaders want America “reimagined” into a socialist utopia that has never existed in the history of mankind.

No nation on the planet is more philanthropic than the good old U.S. of A. No matter the disaster, no matter the crisis, no matter the conflict…America is always there. Giving. Helping. Serving. Sharing. Rebuilding. We don’t just send our sympathy, but our cash, our children, our time and talent.

America led the way to reconstruct our South, rebuild and resurrect Europe after years of war. We worked with indigenous peoples to improve their society. Perhaps our policies, particularly with the native American Indian, haven’t always proved best, but our intentions were good (even if some of the players weren’t). We have helped many a nation through or out of a mess. Our end game has never been occupation, even if we stayed longer than we should have.

America is no oppressor or thief. We plead NOT GUILTY.

Before America came along, children worked long hours, begged on the streets and were lucky to live past 25. Women were segregated and silenced. Criminals were violently executed by hanging, gunfire or other torture. People were imprisoned without fair trials, had their property and homes confiscated and lived without a voice. Slavery was common. Human life was expendable and disposable.

Thanks to America and her global influence, that world is largely gone. It’s why the critic is wrong. America made the world BETTER. America made this land (and her inhabitants) better. We forget how both the Indian and Mexican were conquest cultures. They were constantly at war, taking land and seizing property. Until Christianity reached both cultures, these people groups were notoriously violent, diseased, and ignorant. Yes, Europeans introduced novel diseases that proved lethal, but we also sent missionaries, doctors and nurses to foster recovery and live more healthy. We are not selfish or inhumane. At worst, we proved only misguided at times.

America is hardly evil. We plead NOT GUILTY.

Do black lives matter? Absolutely. But so do red, brown, yellow and white ones. All lives matter. There are 328 million Americans who’ve never owned another human as property. Most of us come from ancestors who never owned a slave. Nearly all of us immigrated to America at some time in our history, leaving behind oppressive government, dictatorial rulers and terrible circumstances. We came to America to live “the dream.”

Most of us would never think of looting, vandalizing or hurting another human being, although too many of us do. Most Americans still believe in God, country, family and hard work, although more and more of us don’t. Most Americans live peaceably with our neighbors and contribute to the good of our communities. We help the elderly, encourage the children, serve the disabled, help the under-privileged and welcome the stranger.

I stand with the TENS OF MILLIONS of Americans who still believe America is GOOD. We still pray, pay our taxes, obey the laws, respect authority, embrace our flag, and practice self-restraint. We tolerate differences as long as the differences don’t divide us. We embrace government as long as the government doesn’t rule us. “We the people,” or self-government, remain our founding principle.

Let’s be honest: America is GREAT as long as America (and her people) are GOOD. We are NOT GUILTY of the crimes the scoffers pin on us, however we’ve haven’t always lived up to our principles and values either. In recent years, we have slipped into religious agnosticism, even atheism. We have compromised and tolerated influences that are increasingly violent, sexual and profane. Americans have generally forgotten our Christian roots and religious foundations.

Nevertheless, the so-called narrative of American SHAME is patently FALSE. America was not racist in our founding and is not systematically racist today. If it was, there’d be no Barack Obama or Kamala Harris, no LeBron James or Colin Kaepernick. Minorities have never had it better in America than today. They enjoy wealth, privilege, ownership, education and opportunity in America like no other nation, no other people and no other time in history. Minorities in America receive all the freedoms (civil rights) that all Americans enjoy: to speak, worship, assemble, free press, bear arms, have a fair trial, among others.

I love America! I love her amazing diversity, her productive work ethic, her eternal ingenuity and her inspiring landscapes. I love the men and women who gave limb and life for liberty, not just for me but others on the planet. I love how America has led the world in justice, peace, faith and altruism. I love our STORY.

America the GUILTY? The SHAMEFUL? Hardly.

It’s why it’s time to flip the script to an INCONVENIENT TRUTH: America is still beautiful, brave and blessed. We’ve always been and I pray we always will.