Born in the 1960s and 1970s, these kids were also known as “slackers” and the Dumb Generation. They wore their baseball caps backward, listened to heavy metal, grunge and rap. They dropped out of school and church, played video games, got tattoos and earrings, and generally disgusted our elders.

Their young adult lives were “bookended” by tragedy and curse. The oldest experienced 1986. The youngest endured 2003.

In 1986 a space shuttle named “Challenger” exploded on takeoff. The Iran-Contra affair blew up the Reagan revolution. And Bill Buckner booted a soft grounder that cost his Red Sox their first championship since 1918. The Sox were “cursed.” Bill Buckner was vilified…as was a new generation soon to labeled as “X.” Bon Jovi’s two hit songs in 1986 summed us up: “Livin’ on a Prayer” and “You Give Love a Bad Name.” 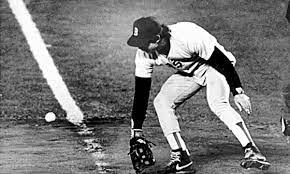 In 2003 a different space shuttle named “Discovery” exploded upon re-entry. The U.S. went to war with Iraq. And a mild-mannered, nerdish Chicago Cubs fan named Steve Bartman got fingered and crucified for costing his team their first trip to the World Series since 1945…all for trying to catch a foul ball…which he muffed. Someone else even got the ball. Bartman just sat there, stoic and silent, watching his beloved Cubs let the Marlins put up 8 runs to win the game. Meanwhile, Cubs fans hurled abuse, dumped beer and chanted profanely at Bartman. 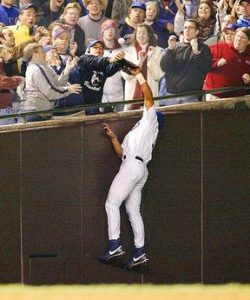 The number one song in 2003? Linkin Park’s “Numb.” It fit Steve Bartman’s demeanor in that moment.

The attacks on September 11, the collapse of the economy, and the “Great Recession” would cost careers. The older Gen Xers simply lost everything (and were now “too old” to be re-hired). The younger ones were just “numb” as downsized to survive. Most Gen Xers retreated into entrepreneurial ventures by 2010 only to see Covid-19 shutdowns destroy them again in 2020.

Maybe they are Gen X. A bit naughty. Knocked out. Stuck at a crossroads. But X also marks the spot…where Buckner missed and Bartman muffed. Some of them are nerds or goonies or bad news. But they’re hardly slackers or dumb. They have lived on a prayer all their lives. And they are cursed to a degree, struck by tragedy and crisis, but they don’t let blame be their epitaph. They’ll figure it out. They always do.

America (and her institutions) needs this generation more than ever. They’re in their 40s and 50s now, a bit more paunchy and gray. But they still have a lot of fight in them. They have a lot of good ideas too. They’re ready to lead. And maybe they’ll still get that gold ring.

No, Bill Buckner never got his hardware, but Steve Bartman did.

In 2016 the Cubs finally won the World Series (108 years between championships) and the organization put the “curse” to rest by awarding Steve Bartman his own championship ring. Buckner was also formally forgiven in 2004 when the Sox ended their championship curse and found redemption in 2008 when he finally relented and accepted the invitation back into Boston’s baseball fold. Both men lived reclusive lives after “their moments.” Buckner retreated to Idaho for years of quiet solitude. He died in 2019, in a little town outside Boise, far from Boston. Bartman still lives quietly and secretly with his family, somewhere in Chicago. Although formally encouraged and welcomed back to Wrigley, he’s never attended a Chicago Cub game since October 14, 2003. He refuses all media requests.

Maybe they’ll never get the “ring” (cultural blessing) they deserve, but maybe they’ll earn some respect and redemption in the end…if the ball bounces favorably their way.