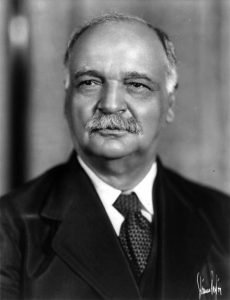 Did you know the Kamala Harris wasn’t the first U.S. Vice President of color? It’s true.

That honor goes to Charles Curtis who served as Herbert Hoover’s Vice President between 1929 and 1933.

Today this decorated politician is virtually unknown to Americans but Curtis’ legacy is rich and inspiring. He proved the perfect political pick. A Republican attorney from Kansas, Curtis represented his state in the House of Representatives (1893-1907) and U.S. Senate (1907-1913, 1915-1929). Prior to his stint as VP, Charles was the Majority Leader of the Senate.

Charles Curtis was widely lauded for his ability to work across the aisle.

That was no easy task with the volatile Democratic Party–which, at the time, was steeped in Jim Crow racism, segregation and lynching (of Blacks and Republicans). Idaho Senator William Borah praised Curtis as “a great reconciler, a walking political encyclopedia and one of the best political poker players in America.”

Along with Hoover, he was elected in a 1929 landslide victory. He was the highest ranking Indian–a member of the Kaw Nation–to serve in D.C. He grew up on a Kansas Indian reservation. Ironically, Curtis worked in Congress two decades before Indians finally won their full citizenship and right to vote (in 1924 Indian Citizenship Act).

But do you know who else spent time on an Indian reservation? Curtis’ boss and 31st U.S. President, Herbert Hoover. As a young boy, Hoover lived with his Indian agent uncle for several months on the Osage Nation reservation in Oklahoma (the only U.S. president to do so). On the reservation, Hoover attended Indian Sunday School and developed a lifelong appreciation for the Indian way of life.

It’s no wonder that as president and vice president, Hoover and Curtis fought for greater Indian rights in America.

Under their administration, funding increased for better reservation schools and hospitals. They helped pass the Leavitt Act to cancel Indian debt. They also encouraged Indian assimilation rather than segregation.

CHARLES CURTIS (1860-1936). The Kaw Indian who went from a Kansas reservation to the U.S. Capitol. Curtis was even featured TWICE on the cover of Time magazine. He remains the most successful and influential Indian politician in U.S. history.