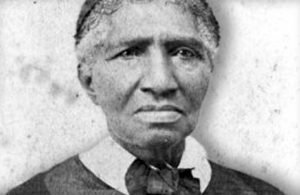 The Angel of the Rockies

“I always go where Jesus calls me.”

And Clara Brown (1803? – 1885) did just that. Widely known as “Aunt Clara” or the “Angel of the Rockies,” Ms. Brown was lauded for her Christian philanthropy and community leadership in pioneering Colorado. Clara Brown is a true American hero. It’s a tale worth reading.

Brown was a slave for over five decades. She was born into slavery sometime between 1800 and 1803 in Spotsylvania County, VA. As a three-year old, Clara and her mother were sold to a Kentucky farmer named Ambrose Smith, who put them to work in his fields. According to one biographer, Clara’s earliest memory was being sold on the auction block. It was a memory she’d relive again.

Clara’s new master proved a kind man…and a devout Methodist. He faithfully transported Clara and her mother to church every Sunday.

At age eight, Clara converted to Christianity and centered her life on Faith.

In her late teens Clara married a slave named Richard, and they had four children. But in 1835, their owner died…with debts to pay. That’s when Clara’s entire family was auctioned off. They were sold to different masters living in various locations. Clara never saw her husband again. She, herself, was sold to a master named George Brown to became his house slave. Clara eased her deep grief, the loss of her own children, by raising her master’s kids. She’d work for Brown another twenty years.

When George Brown died, his will emancipated Clara. She was 56 years old.

Clara worked as a maid and cook. When she learned of the gold rush in Colorado, Clara took a gig cooking for a Denver-bound wagon train. It would prove a historic moment. Clara Brown became the first Black woman to arrive in Colorado. And she immediately went to work…with laundry as her specialty. Everywhere Clara lived she opened a laundry business. Despite in older age, Brown was still enterprising…and finding wealth.

Eventually Clara moved to Central City, CO to follow the miners. They needed their laundry done and Clara was eager to wash. But she also knew where the real money was. Besides her fee, Clara learned to carefully collect any gold dust left in the miner’s pockets rather than let it disappear in the wash. Brown also cooked, nursed, midwifed and cleaned for the miners. Her influence brought opportunity. She started a church in her house. She used her saved earnings to fund St. James Methodist Church. She even launched a Sunday School—the first in the Rocky Mountains.

She invested in Denver and Central City real estate. Clara bought mines in Boulder, Georgetown and Idaho Springs. But she didn’t keep her earnings long. Brown’s deep Methodist faith led her to serve widely and give generously. She spent thousands helping Blacks to emigrate West (and then found them work once in the territory). Clara freely housed, nursed and cooked for the unfortunate. She “grubstaked” (gave loans) to destitute miners.

Around the age 80, Clara faced her own tough times, and watched her fortune dwindle.

Fires and floods destroyed her real estate. Clara had given away nearly every dime to schools, churches and other charities. She also spent considerable time and money returning to the East to find her long-lost slave children. She never gave up hope.

Then in 1882 a letter informed Clara that one daughter was still alive. She took a train to Council Bluffs, IA and reunited with her long-lost daughter Eliza. The joyous reunion came home to Colorado. Eliza lived with her mother in Denver from that point forward. Clara Brown died on October 26, 1885. She was buried with honors by the Society of Colorado Pioneers. Even the Colorado governor and Denver mayor gave eulogies at her funeral.

Clara Brown is considered one of the 100 most influential women in Colorado history.

She was inducted into the Colorado’s Women’s Hall of Fame in 1989. Clara even had an opera penned about her life titled “Gabriel’s Daughter.” Brown was known affectionately as “Aunt Clara” or the “Angel of the Rockies.” One biographer observed how her residence was “a hospital, a home, a general refuge for those who were sick or in poverty.” It’s quite a story about an amazing woman.

But there’s one more incredible fact to note about Clara: she was illiterate. She could neither read nor write. Yes, that inability created opportunity for the devious types to take advantage (and many unfortunately did), but Clara never seemed to mind.

She was just going (and doing) whatever Jesus told her.