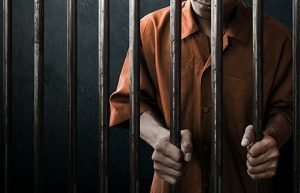 Gen X (born 1961-1981) is the most incarcerated generation in American history, as the Pew Research confirmed this past week. According to the Bureau of Justice, the number of Americans in prison currently has returned to the 1995 level, and continues to fall annually.

The rate had been rising exponentially every year since 1980, when Gen X began to graduate high school and enter young adulthood.

And since the majority of incarcerated people go to prison between the ages of 20 and 40, one particular generation of kids grew up more “troubled” and “jailed” than the others.

The question is “why?”

Could it be that Gen X was raised in a new R-rated cultural permissiveness that featured divorce, abortion, sexual exploration, profanity, violence and drugs/alcohol? Many sociologists point to these more tolerant attitudes and media as a reason.

Could it be that morality, religion and civil behavior, was lampooned in ’80s and ’90s pop culture, from television to music to movies? Many educators, politicians, preachers and other civic leaders have pointed to these media narratives that mocked good behavior as a reason.

Whatever the reason, Gen X did mature to be more agnostic, apathetic, self-destructive, profane and addicted than previous U.S. generations…a veritable cocktail for trouble that can lead to life behind bars.

Cultural labeling as “bad news bears” likely didn’t help Gen X either. Portrayed as “breakfast club” delinquents, Gen X grew up jaded, abandoned and wounded…a “throwaway” generation. Justice, even for minor crimes, was swifter and more excessive in the 1980s, 1990s and 2000s. In several U.S. states it was literally “three strikes and out.”

As a result of the culture they grew up in, Gen X was a generation more likely to get into trouble…and then do the time…with longer sentences.

With the Millennial generation–who was culturally more wanted, protected and appreciated–the decline in incarceration rates was a blessed result. However, this decline in recent years is also helped by prison reforms and more appropriate sentencing.