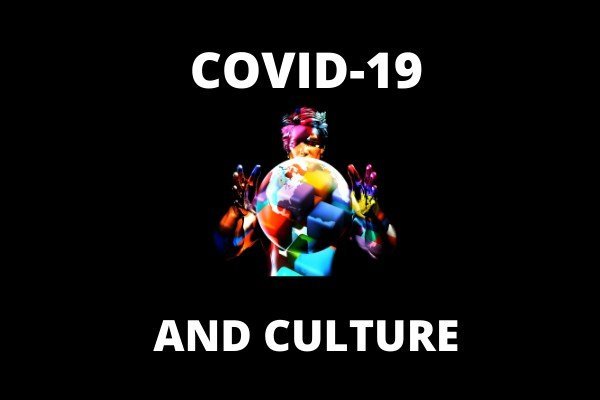 What I mean is have you peered outside at the CULTURAL landscape? It is springtime in every way. This new cultural “spring” is blossoming everywhere as retailers, restaurants, schools, and churches try to survive in an online-only world…thanks to a little virus nobody saw coming six months ago. COVID-19 and its effect on culture. This will be written about in history books and will have an enormous impact on everything.

The biggest takeaway so far:  SMALL is tall

Essentially, the smaller you are, the better and faster you’ve creatively navigated this COVID-19 economic shutdown. Everywhere you look there are smaller business models, educational strategies, entertainment options and church expressions. Are you buying stock in Zoom? It’s become a household word. Drive-thrus, take-outs and pick-ups are hot (smaller) frames for retailers. And the cloud and stream are the new worlds in which to camp and explore.

A successful dine-in restaurant here in Boise had to close all its doors for COVID-19 but quickly learned it had plenty of something they hadn’t sold before: toilet paper. They also had plenty of fresh fruit, vegetables, and other grocery items. Since this restaurant had a different supplier than larger grocers and retailers, the owner was able to acquire the stuff people were desperately seeking. He’s now converted, quickly and successfully, his dine-in restaurant into a pick-up grocer. He could do it because he was a small local entity. The big chain restaurants don’t have that vision. They’re too large.

But something BIGGER is happening: the BOX is dying

The box store has been in trouble for a while. From Sears to K-Mart to Macy’s the big box store has struggled in a post 9-11 world. The shopping mall is also failing and might not survive when those large anchor stores lose their grip (and they are). These large one-stop-shopping meccas can’t compete with Amazon. It’s why specialty shops and clothing stores ditched them for the smaller local strip mall.

Amazon debuted July 5, 1994, as a bookstore (eventually killing off demand for many brick and mortar bookstores). Now Amazon is the largest retailer, period. Walmart used to enjoy that title but was slow to the online retailing game. They waited until 2016 to get serious. That’s when Walmart bought Jet.com (a third-rate unknown online retailer) and spent $3.3 billion dollars to compete with Amazon. Until COVID-19 Walmart wasn’t competing. But that’s changed rather quickly as Amazon, Walmart and smaller, local retailers (who already had an online presence) are winning the day.

The boxy educational factory model built on the back of Industrial assembly-line strategies is also facing something it never imagined: empty dorms, classrooms, and desks. From kindergartens to colleges, the smaller schools (already struggling) are failing and closing. The university where I got my master’s degree closed last December (after 95 years in business). Yesterday I learned another school I attended is closing next month due to declining enrollments and deep debt. Meanwhile, online schooling is thriving. Have you noticed that home educators never missed a beat in this crisis? It’s the public educators–including universities–who have scrambled to replicate their classroom models – inside the home. But that’s not possible. The lecture model has been dying for years for more interactive learning strategies. The factory model is also a stiff way to teach and learn. One-size-fits-all curricula simply don’t.

News, sports, and entertainment (and their talent) have also been rocked by COVID-19. Our news is not coming from a dedicated studio but from hillsides, sidewalks, and bedrooms. My weather forecaster delivers the weather from her daughter’s room with an ironing board as her desk. Jimmy Fallon produces the Tonight Show from home, with his kids as guests. Major entertainers are playing live on Facebook and YouTube without a concert hall or stadium. Netflix, Hulu, Sling, Roku and Amazon Prime and other live-streams are killing the cable and satellite stars. Cable is hanging on by a thread. Only competitive sports–which naturally have human contact–are not able to play. ESPN and other sports channels are running old games…and few are watching. We like our sports live.

And then there’s the church. No “box” has suffered more to move online that local churches. It has been in a box culture since the fourth century AD, thanks to the Roman emperor Constantine. He legalized Christianity and made it the Roman state religion. He then gave Christians all of the empire’s pagan temples to inhabit. And the church has lived in a box ever since…until two weekends ago. With large gatherings prohibited, churches (without any live-streamed services) scrambled to get their services online. Most used Facebook to host their services. Smaller churches and groups also gravitated to Zoom, Google Hangouts, and Facetime. With the Church’s biggest holiday (Easter) around the corner, there’s a general feeling of denial. Easter has always been a church’s biggest attendance day. But the reality is church attendance has been fading for the past 20 years. The box was already in trouble.

In general, the boxes (come inside to shop, learn, worship and be entertained) were already losing to online options. Shopping and entertainment were already there. Now the school and church must reinvent in this new cyberculture without boxes. Boxes, after all, have time and space stamps. You have to go to them during certain “open” times. In contrast, the online world is open 24/7/365. And when this COVID-19 crisis suddenly blew up the box it’s forced everyone to think differently–not just the seller but the buyer, not just the teacher but the student, not just the priest or pastor but the congregant. And we are all learning rather quickly we don’t really need these boxes (at least the bigger ones). We can shop, learn, commune, worship and be entertained without them.

Amazon, Google, YouTube, Netflix, Zoom, and Facebook are the new malls, schools, theaters, and churches. Being human we need face-to-face interaction that is actually in person, not via a technical device, but everything is rapidly changing as we are seeing what can be done.

Social media has never been hotter in an anti-social shelter-at-home world. As I talk about in my new book, GenTech: An American Story of Technology, Change and Who We Really Are, we are products of our generational technology. COVID-19 will change everything going forward in ways that affect how we will experience everything.

It’s why we all need to re-think how we’re leading, teaching, pastoring and entertaining. Small is tall. The box is gone. And riding out the storm won’t matter because once people get a taste of spring, why would they go back to last year’s fashions? My wife bought our groceries last week online from Walmart. She’s raving about the experience. It’s easy, quick and far more enjoyable than fighting the crowds for parking, carts and checkout lines. When this is over we likely won’t return to business as usual (Walmart are you hearing me?).

Which begs one final thought: what will Walmart do when they realize it’s a better, cheaper business model to employ robotic pickers (rather than human shoppers) to fill online orders rather than let the general public pick their own groceries? Could Walmart eventually close their front doors to people and convert their stores into food and retail storage? If so, could robot and drone retrieval and delivery be far off too? Why drive to Walmart to pick up your groceries when they could be delivered?

The more expensive model for that idea is currently called “Hello Fresh”. It’s thriving like never before. Watch for more affordable options to blossom in the near future. It’s springtime in Boise. It’s also a new cultural spring, thanks to this virus.

Small is tall. The box is dying.

The flowers are blooming.