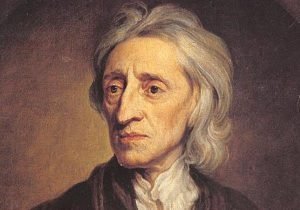 The Founding Fathers of the United States of America had many influences, but possibly none more than John Locke (1632-1704).

Thomas Jefferson, Alexander Hamilton and John Madison revered Locke. John Quincy Adams penned, “The Declaration of Independence [was]…founded upon one and the same theory of government…expounded in the writings of Locke.”

But who was this great man of the Enlightenment?

Most historians today call John Locke a philosopher and “father of liberalism,” but those monikers are incomplete.

Locke was also a dedicated theologian…and despite those who classify him as a deist, the evidence points in a much different direction. In fact, many of Locke’s religious works occurred at the end of his life (in the 1690s) and were theologically orthodox and biblically conservative. 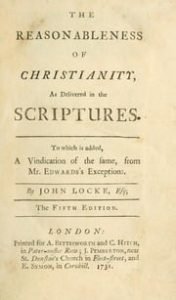 For example, Locke penned an expository commentary on Paul’s epistles (published post-death, 1705-1707) and compiled one of the earliest topical Bibles: “Common Place: Book to the Holy Bible. (1697)” Similar to today, Locke also lived in a culture with anti-religious “enlightenment” sentiments. To combat the attacks on Christianity he wrote an apologetic text: “The Reasonableness of Christianity as Delivered in the Scriptures (1695).” He later wrote a sequel: “Vindication of the Reasonableness of Christianity (1695)” and a sequel to the sequel “A Second Vindication (1697).”

Our Founding Fathers, however, were most influenced by Locke’s earlier work “Two Treatises of Government” (1689)–a book that struggled for readership until after Locke died.

In its 400 pages, Locke outlined how civil government operates, but most people would be surprised his primary source was the Bible. Locke references biblical characters, ideas and passages over 1500 times in this influential work.

Essentially, our Founders–the majority being Christian churchmen–used the work of an English philosopher-theologian (who sourced his ideas to the Bible) to declare independence from Great Britain and frame our U.S. Constitution.

It’s why many of the unique features of our Constitution–including separation of powers, religious freedom and the consent of the people–are actually biblical ideas.

One more thought: in the early 1980s, a group of political scientists spent a decade studying over 15,000 writings from the Founding Era to determine “sources” for the establishment of American government. The top source by a wide margin was the Bible. Over 30% of the quotes in these Founders’ writings were biblical…four times more than any other individual, including John Locke.

The History Channel and other media surprisingly overlook it. In fact, we’re largely being taught our Constitution is “godless” and the Founding Fathers were non- or irreligious types (some even contend they were agnostics and atheists). Of course these narratives are not true.

It’s why time to flip the script and tell the truth about the real influencers upon our American Founding.

And it begins with an Enlightenment Englishman and his Bible.