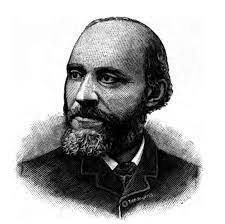 “I must never leave my work until I have done my best.”

That was the work ethic of Robert Gordon (1812-1884), a former slave and Cincinnati Black businessman who became a millionaire dealing coal.

Gordon was born into slavery sometime in 1812, near Richmond, VA. His master operated a coal yard and young Robert quickly excelled in the work. Eventually Robert ran the business and learned how to make an extra buck from the “slack”—leftover coal dust—that his master allowed him to collect. He saved those bonus earnings and in 1846, Gordon bought his freedom. He was 34 years old.

Robert had plenty of options as a free Black man.

At the time rumors were swirling about Cincinnati, a growing city where “colored people” were doing well. So Gordon set his sights to the West and arrived in the Queen City sometime in 1847. A year later he bought property along the Miami Canal as a place to live and work. He also married a 24-year-old freeborn Black named Eliza Jane Cressup. Together they’d have a daughter.

So that’s what Robert did. By 1850 he had made a good living. In 1861 he moved his coal business to the riverfront, bought a barge and soon became one of Cincinnati’s elite businesses. At one point his competition tried to eliminate him through lower prices, but Gordon beat them at their own game. He hired mixed race mulattoes (who could pass for whites) to purchase all his competition’s coal. That winter when the Ohio River froze solid, his competition was unable to procure more coal. That’s when Gordon opened his reserves and kept Cincinnati citizens warm and happy. From that point forward, Gordon’s reputation and coal was secure.

Gordon was a loyal churchman.

He attended the Allen Temple-African Methodist Episcopal Church. Founded in 1824, it was the first house of worship west of the Alleghenies. Gordon’s wife Eliza served as president of the church’s Freedman’s Aid Society (which assisted Black families financially).

Gordon’s philanthropy in Cincinnati was equally notable. He donated coal to Cincinnati’s Military Hospital during the Civil War. Later his estate established a home for the aged Black women of Cincinnati and an asylum for “colored orphans.” He also established several Black schools and served on the Board of Education.

Gordon had come to Cincinnati because the city, more than other larger cities of his era, was favorable toward Blacks.

But that didn’t mean everything was perfect. Gordon and the Black community of Cincinnati still faced White power structures, prejudice and racial injustice. Nevertheless, Gordon built a good life on the banks of the Ohio river.

After the Civil War, the fifty-something Gordon retired comfortably to the plush upscale neighborhood of Walnut Hills. He invested in bonds and additional real estate. When he died in 1884, he was recognized as Ohio’s wealthiest Black man, leaving behind an estate worth $200,000 (nearly $5.7 million today).

Sadly, much of Gordon’s story has been lost to time.

He’s one of the few successful Blacks completely forgotten by biographers. He is, surprisingly, without a Wikipedia entry. Much of what we know about Robert Gordon comes from well-documented early Negro and local Cincinnati history. In fact, without Carter G. Woodson’s inclusion of Robert Gordon in his Journal of Negro History (1916), his memory would be extinct.

It’s why his story needs a reboot. It’s why I’m telling it now.