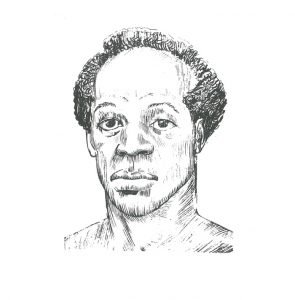 “I would rather die upon yonder gallows than live my life in slavery.”

Those were the passionate words of a young Black Jamaican slave preacher.

His story changed the world…and that makes this tale worth telling.

His name is Samuel “Daddy” Sharpe and he was born on a plantation owned by Samuel and Jane Sharpe sometime in 1801. His mother’s name was Juda, and Samuel had two older siblings named Joe and Eliza. We know very little else about his youth, except that his master allowed Sharpe to be educated. And that proved an important advantage in his life.

It was a church that not only welcomed Black slaves as members but also ordained the qualified as preachers. Sharpe was one of those qualified congregants. He served as a deacon for the Burchell Baptist Church in Montego Bay. Eventually, Sharpe started preaching on his own and quickly found favor and fame on the island. For Samuel, Christianity provided the slave with true spiritual freedom.

In the early 1800s, the British Parliament discussed abolishing slavery.

One day Sharpe, the young fiery Baptist preacher, misunderstood (perhaps misread) a report that Great Britain had ended slavery. It wasn’t true. Nevertheless, Samuel Sharpe felt change was needed and it was the time for revolution. He organized a peaceful slave strike among several Jamaican plantations. He chose Christmas time and sugar harvest as the time to protest and communicate their grievances.

On December 27, 1831, an estimated 60,000 Jamaican slaves protested their working conditions.

It became known as “The Christmas Rebellion” or “Baptist War.” The Black slaves started to burn their master’s crops, quickly turning a  “peaceful protest” into a slave rebellion (who found a way to arm themselves). For nearly two weeks the war raged. The Jamaica government marshaled their military to squelch the revolt. In the end, fourteen Whites were killed and over 200 Black slaves were killed.

Following the “war,” the Jamaican government went after the ringleaders of the rebellion.

In 1832 they arrested, tried, convicted, and executed as many as 500 slaves, some for unrelated crimes like livestock theft.

One of those hung was the Baptist preacher Samuel Sharpe on May 23, 1832. He was 30 years old. Initially his body was buried in the sands of Montego Bay but parishioners at Burchell Baptist Church recovered his remains and interned them inside their church…under the pulpit.

The Christmas Rebellion caught the attention of British Parliament.

The political winds were blowing favorable for abolition. The next year British Parliament passed the 1833 Slavery Abolition Act and emancipated every British slave.

Jamaica honored Sharpe as a national hero in 1975. A Montego Bay teacher’s college was founded and named in his honor. A public square in Montego Bay also carries his name with statues and monuments. Samuel’s image can still be found on every Jamaican $50 bill.