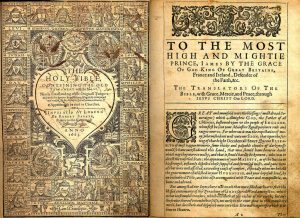 The summer of 2022 was a season for shortages. From fuel to rental cars, certain food items to paper goods, stock was low and prices were high.

Gasoline, for the first time in U.S. history averaged more than $5/gallon. In some places a gallon of petrol could run as high as $10/gallon!

But it wasn’t the first time that America had to tighten its fiscal belt.

In the summer of 1777, Americans faced a similar scarcity as the Revolutionary War ramped up.

It started when British embargoes severed supply chains, impacting commodities like paint, glass, tea…and Bibles. Suddenly a lot of items were no longer available, but the Bible shortage was particularly noticeable. After all, at that time, religious materials were licensed by the Crown, then regulated and shipped by Britain’s blessing.

The situation got so serious three prominent clergymen—Francis Alison, John Ewing and William Marshall–wrote to Congress. Alison founded the Universities of Pennsylvania and Delaware. These pastors told Congress that America was in trouble without “Bibles for our schools and families, and for the public worship of God in our churches.”

It was illegal and costly to print an English Bible.

But there was another problem: the war blockades produced shortages for ink, paper and equipment to publish works. These shortages created deep concerns. Our citizens, churches, courthouses and schools needed printed Bibles for personal reading and public services, oaths and lessons.

In late 1777, a Continental Congress committee addressed the Bible shortage.

On September 11, the committee proposed importing “20,000 Bibles from Holland, Scotland, or elsewhere.” Unfortunately, on that same day, Washington’s troops were routed in battle. Two weeks later the British invaded and occupied Philadelphia, forcing Congress to scatter.

Consequently, the matter was tabled…for another two years.

In 1780 Congress motioned again on the Bible shortage. This time they agreed to print English Bibles on American soil.

A Philadelphia printer named Robert Aitken offered to handle the job, despite great risk. On one occasion Aitken had to “remove his type and materials hastily out of the city, and bury them under a barn in order to save them from destruction by the British soldiers.” Nevertheless, on September 12, 1782, the first English-language Bible on American soil was printed. After chaplain review, it was recommended and authorized by Congress for use:

Resolved,…the United States in Congress assembled, highly approve the pious and laudable undertaking of Mr. Aitken,…and being satisfied…of his care and accuracy…recommend this edition of the bible to the inhabitants of the United States, and hereby authorize him to publish.

The Aitken’s Bible is the rarest of Bibles. In 1940, fewer than fifty copies had survived. However, this “Bible of the Revolution” opened the floodgates for other American Bibles to be printed. From churches to schools to homes, Americans no longer had a want for the Holy Scriptures.

The Bible was influential in America’s infancy.

Franklin D. Roosevelt observed: “We cannot read the history of our rise and development as a Nation, without reckoning with the place the Bible has occupied in shaping the advances of the Republic.”

JOHN ADAMS: “Suppose a nation in some distant region should take the Bible for their only law book and every member should regulate his conduct by the precepts there exhibited…What a Eutopia – what a Paradise would this region be!”

PATRICK HENRY: “[The Bible]…is a book worth more than all the other books that were ever printed.”

JOHN JAY: “The Bible is the best of all books, for it is the word of God and teaches us the way to be happy in this world and in the next. Continue therefore to read it and to regulate your life by its precepts.”

JAMES McHENRY: “Public utility pleads most forcibly for the general distribution of the Holy Scriptures. Without the Bible, in vain do we increase penal laws and draw entrenchments around our institutions.”

BENJAMIN RUSH: “The Bible, when not read in schools, is seldom read in any subsequent period of life…the Bible…should be read in our schools in preference to all other books because it contains the greatest portion of that kind of knowledge which is calculated to produce private and public happiness.”

NOAH WEBSTER: “The Bible is the chief moral cause of all that is good and the best corrector of all that is evil in human society – the best book for regulating the temporal concerns of men.”

America can face many shortages that cause people to suffer. But our founders knew a depletion of biblical principle and moral foundation was the worst. It’s why they legislated and authorized the printing of the Bible in early America.

In God’s Word they trusted.