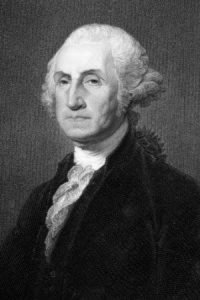 George Washington warned us in his Farewell Address of 1796. But we didn’t listen.

George warned us of how political partisanship seeks to “acquire influence” and “misrepresent the opinions.”

Washington eloquently admonished that the “fatal tendency” of any democracy is replacing the national will with “the will of a party.”

It’s why George Washington refused to serve more than two terms as U.S. President (and would likely support term limits today). It’s why he resisted his countrymen’s wish to make him a “king” (or a professional politician). George was a man of impeccable integrity, respected wisdom and formidable strength–much of it due to his deep Christian faith.

Washington knew that “in the course of time and things” that men and women could “become potent engines” for America’s destruction.

Washington called these types “cunning, ambitious, and unprincipled” persons who “subvert the Power of the People.” He warned that political factions quickly devolve into jealousies, banality, dissension and “frightful despotism.”

Ultimately, Washington concluded, “party passions” lead to bribery, betrayal and treason, unlocking “the doors to foreign influence and corruption, which find a facilitated access to the Government.” Sound familiar? Most Americans would be surprised to learn how many politicians have their pockets lined by outside influence. 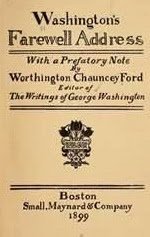 George Washington was right in 1796 about political parties.

He’s still right today. Frankly, I think the “Father of our Country” would weep at what is presently happening in the city (and the U.S. state) that bears his name…not to mention the nation he courageously helped to free and found.

Washington D.C. has become a terrible “swamp.” It’s infested with venomous snakes, dangerous crocs and obnoxious insects. It’s became a bubble city that’s detached and insulated from most Americans. The word “politics?” Poly means “many” and “ticks” are blood-sucking objects. Pretty much sums up D.C.

Whether you lean left or right, we should all heed the counsel of Franklin D. Roosevelt (10/28/1940) to “guard against the forces of anti-Christian aggression, which may attack us from without, and the forces of ignorance and fear which may corrupt us from within.”

America’s national and social media are no longer watchdogs, but lap dogs, primarily for a preferred political party.

It’s why ignorance and fear abounds. Who do you think benefits from keeping Americans in a constant state of confusion and panic? There is more censorship and misinformation today than ever in America’s history…and its coming from sources we used to trust.

Americans should also note any voice that mocks or misrepresents our true national story (and many do that today). 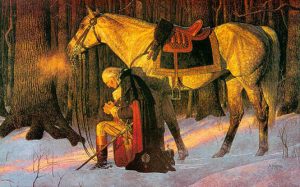 Lyman Beecher once wrote: “While most nations trace their origin to barbarians, the foundations of our nation were laid by civilized men, by Christians …Imperfect as they were, the world before had not seen their like, nor will it soon, we fear, behold their like again…to ridicule them is national suicide.”

I hear the growl of the wolves outside the door.

And I can no longer stay silent.