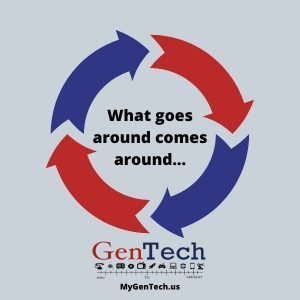 They’re lazy, entitled, arrogant, non-committal, and disrespectful. That’s how many older people view the youth of today. In a 2019 survey of over 900 leaders, Carey Nieuwhof tapped into the frustration of many elders today.[1] Today’s younger generations are glued to their smartphone, lack loyalty to the company line and want now what took other people years to earn. Their reliance on social, cyber and digital media has created a general ignorance and arrogance. As one elder smirked, “They are experts at nothing but have an opinion for everything.”

One nation under Google

But these sentiments are nothing new. Four hundred years before Christ walked the planet, Socrates penned: “The children now love luxury; they have bad manners, contempt for authority; they show disrespect for elders and love chatter in place of exercise. Children are now tyrants, not the servants of their households. They no longer rise when elders enter the room. They contradict their parents, chatter before company, gobble up dainties at the table, cross their legs, and tyrannize their teachers.”[2]

And a Boomer should know.

Back in their youth—the 1950s and 1960s—their G.I. Generation elders complained about their generation too. They were rebels without a cause. Beatniks and hippies. They were flower children and acid freaks. These Spock kids wore leather jackets, dungarees, and mini skirts. They greased their hair and listened to sexually charged music called “rock and roll.” They didn’t work as hard as their Depression-era elders, preferring to tune out, light up and drop in whenever they wanted. They were an opinionated anti-war generation raised on television (a.k.a the boob tube and idiot box).

The name “Gen X” says it all

Gen X carried negative monikers all their lives. They were Rosemary’s babies and Exorcist children. They were goonies, nerds, bad news bears and children of the corn. Later they were tagged the “dumb” generation, a nation at risk and slackers. Gen X listened to grunge, heavy metal and rap. They wore their baseball caps backward and their jeans (with holes) to their knees. They were tattooed and pierced. Gen X was raised on cable television, corporate rock and Sesame Street. They were an opinionated anti-institution generation.

Now it’s the Millennials turn to be dissed

And they don’t like it any more than we did.

Every generation matures to a point that it views youth (and youthfulness) with disdain. It’s natural and expected. Perhaps because, as we age, we pine for what was. We miss those days when we were carefree, irresponsible, reckless and impulsive. If we’re honest, we see ourselves in those kids…and cringe. And then we start sounding more like grandpas and grandmas…because we are.

What goes around, comes around.

It’s been that way since Adam and Eve lamented how Cain turned out.